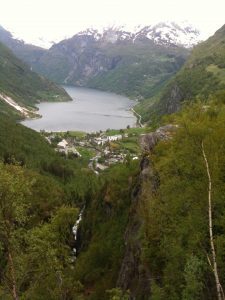 I was on my way to Creative Country Day School somewhere around four years of age and there was this really tall kid who got into the bus.

The other kids next to me whispered. “He’s a first grader.”

I thought, wow that’s how tall you get. That’s how big you are when you start real school. First grade was still two years away, but it felt like a lifetime.

And before I knew it, kindergarten was over and the summer slammed on. Always an endless summer; The crickety steam of night moistening my puttied bedroom window. The air conditioner revved up and down in soothing low pitched hums. During the day cicadas buzzed long before I knew what cicadas were, and I filled my time blasting the plastic rim of a wading pool with the high-powered spray from a hose, its textured green skin plump with pulsating pressure like an amazon snake digesting lunch. It took a long while for the water to warm, enough time to lace it with soapy bubble mix, the kind you blew with a wand that always sunk inside. You fished out the wand from the viscous liquid and blew bubbles, watching them rise in the warm breeze. All those minor, low-energy efforts designed to kill time on another ordinary summer day.

Later in August, a postcard arrived with the picture of port city like Bergen or Alesund– towns in Norway, a country so far north and east that it might as well have been the moon. On the back, a handwritten note from my upcoming first-grade teacher, Mrs. Beatty. Somehow her name was suddenly Mrs. Sprague. She explained this in a few lines on the postcard. Large cursive handwriting my mother read to me. You learned to read in first grade–and that was coming soon.

“Dear Richard, Norway is such a beautiful country glowing with the joy of the midnight sun. Recently I was married again, so my name has changed. I look forward to being your first-grade teacher. See you soon. Anne Sprague”

Mrs. Sprague had puffed blonde hair, the kind that took hours to prepare in a salon, and she told us that her first husband died from a heart attack while he was shoveling snow. She taught us to read and I saved her Norwegian postcard in my desk draw. I filed it away with first memories of that country. In another few decades I would get closer to visiting it—in a simulated version–at Epcot in Disneyworld. And later still, half a century old, I’d follow Mrs. Beatty’s path.

Transitions. Real or imagined. Visual or virtual. Close or far. At home or away, we discover our own version of a midnight sun.

To the young, summers may seem interminable. But as we age they become much more preferable to an inevitable six months of darkness. 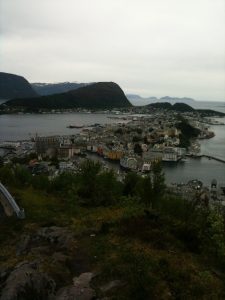