BILLIONAIRE WITH A BIG HEART

S: for Subjective, the patient’s complaints.

O: for Objective, the doctors findings based on history, examination and testing.

A: for Assessment, the diagnosis and summary.

P: for Plan, the suggested treatment.

This encounter involves a billionaire.

He’s about to place a bid on rare car at Sotheby’s estimated to sell at 12 million dollars. 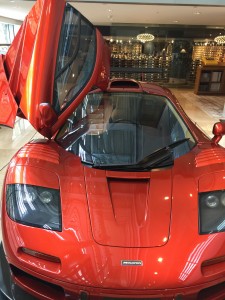 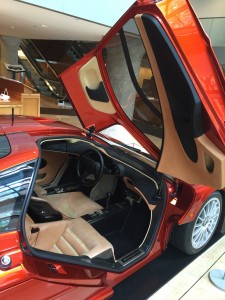 They say he has a big heart.

Is that a good thing?

He also has a 90 percent blockage of one of his coronary arteries.

He prefers to avoid invasive and unnecessary treatments.

S: I am a billionaire. I’m handsome. Woman love me. I have a big heart. I get chest pain when I close an important deal, make frog noises or when I speed at over 200 miles per hour, but can’t seem to go fast enough.

O: He’s a 40-year-old billionaire. His father died from a heart attack at 49. He smokes cigars. He’s tall, dark and handsome. His blood pressure is 150/90. His pulse 100 and regular. He keeps making frog noises and clutching his chest. He has a big heart. He has a slightly abnormal electrocardiogram. His bad cholesterol is bad.

A: He’s a handsome billionaire with a big heart that likes fast cars and fast women. He’s slightly hypertensive and tachycardic. He has multiple risk factors including high cholesterol. He could have a touch of Tourette’s or some other obsessive, compulsive disorder. He likes living dangerously. He may harbor a severe blockage of a coronary artery that some of us would call a “widow maker,” though he’s never been married and doesn’t plan on this any time soon. He could be the most interesting man in the world, and may be driving off a cliff, especially if he wins the auction.

P: Explain to patient that even billionaires eventually die, some sooner than others. Start aspirin. Start beta-blocker, start statin. Prescribe generic drugs covered by his insurance plan. Initiate behavior modification including cessation of frog noises and schedule a stress test and possibly an angiogram. Inquire as to how a guy who makes frog noises became a billionaire in the first place. Consider Prozac. Consider referral to Mayo Clinic. Calculate arrival time to Mayo Clinic driving 200 miles per hour. Offer to fix him up with Physician Assistant niece who can keep him on track. Tell him to stop driving and take train. Ask him to invest in improvement of American railroad industry. Educate about a sensible diet. Tell him to stop smoking cigars unless he’s facing a firing squad, in which case they will be aiming for his heart and the end result will be the same.