Are You Civil or a Soldier of Your Own Past?

I say this to myself. We need to be civil with ourselves.

My father was a civil engineer.

Many of us are civil servants.

There’s a difference between a servant and a slave.

Some of these differences led to civil war.

To be civil, I Google myself;

an exhaustive search for the historical significance of my self.

I find out about a Richard H. Smith who fought in the Civil war and I try to think about what that would have been like.

Richard H. Smith, Civil War Soldier
Description
Richard H. Smith
Born in Chicopee, Mass._Son of Martin Smith,_by occupationa Machinist,_Unmarried,_at the age of 18 enlisted for three years in the 16th Regiment of Infantry, Conn. Vols._Company H._He signed the enlistment roll at Manchester, Conn. July 30th, 1862, and went into camp with the regiment at Hartford, about the tenth of August.
Broke camp August 29th, and arrived at Washington, on Sunday the 31st._September 1st advanced to Fairfax Seminary, Va._September 7th returned to Washington; thence commenced the march through Maryland, arriving at Frederick City on the 14th._
At this point, Smith was left in the hospital, where he remained till the 24th;_On the morning of the 25th he arrived in Baltimore, and at noon entered the hospital at Fort McHenry.
During the month of November, he became convalescent, so that he performed detailed duty in the discharging office.
November 30th; 1862, he was discharged from the service; he at once returned to Chcopee.
Date
ca. 1861-1865

They say I became “convalescent.”

But when did he (or I) write this:

“I ate it with my face in the muck, and thought of being stoned

and getting stoned and how I earned it, fighting for the wrong side.

Underneath the smallest rock in the yard, the one my dog never peed on

was a dead fetus.

So small, but I knew it was a girl. But, I couldn’t tell you whose, or from where.

Once, the others had left no stone unturned looking for her–but I and my fellow soldiers were too worn and wasted

to care, and yet–if any of us did it over again, I think we’d find her a home.”

I remember in fourth grade taking out library books showing massive cannons and artillery, mortars, and other destructive weaponry we unleashed with a vengeance.

If you lived in the south and were conscripted as a confederate soldier you may or may not have believed in the sanctity of slavery but you showed up with your neighbors and you did your best to kill or be killed. 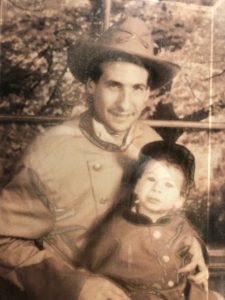 Might we pay attention to the souls of those forgotten soldiers of the past?

There. They line up in our collective memories. 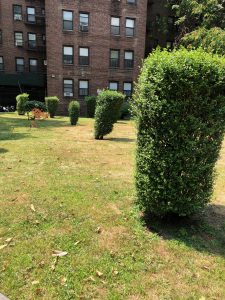