The soup of the day is “kid’s livers,” but no one is willing to ask if it’s made from goats.

The shredded man once wore a goatee, but that was before he was shredded.

I harvest the venom. I sample the serum. I thread the catheter

I just wanted to bother the bison

before he got any more hairy.

He treated his gums so his breath was better than usual.

But, the low seated hump of his awkward thoracic lordosis

would seem from that day, forever out of sync.

Zinc and Selenium. Two trace metals that Joey forced on his younger brother.

The chemistry set was for naught. 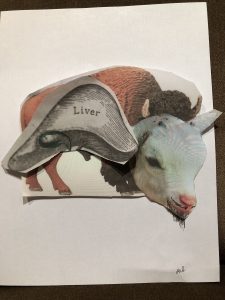 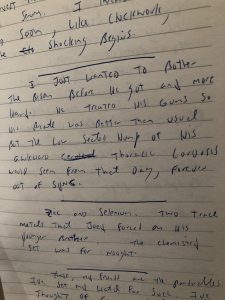 ← Are You Civil or a Soldier of Your Own Past? I Followed Her →