I Fail to Bring Back Lunch 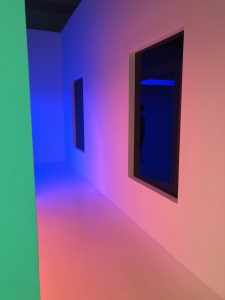 There’s this decent looking pizza place across the street. I ask my son if he’d like some pizza. Do you want anything for lunch?

Get me the Nero Pizza One, he says.

I say okay and head across the street to the restaurant. I think about how my son adapts so quickly to modern technology, and about how half the things out there, I no longer understand. It all changes too quickly.

This is a restaurant neither of us have been to, and yet he already knows the menu. He knows there’s some kind of technological advance where you order foods with the name of Roman emperors followed by a number, and I have no idea what this means. But, I plan on ordering him the Nero Pizza One just as he asked–that is if I can get to the front of the line. I’ll figure out what I want when I’m there. Maybe an Augustus Ziti Six. I have no clue, but they always have those pictures on top of the menu.

When I enter the new restaurant, the customers seems to come from different directions and there’s no clear line. That’s the first clue that things aren’t going to end well.

You promise your son lunch, and the next thing you know, you may not see him again for weeks. There are so many ways to disappoint our children. It must be tough for them to see an ailing father losing his memory, becoming so much less vigorous as the days go on.

Your father goes across the street to get you lunch and might not return.

I try to merge, to squeeze through, meandering as close as I can to the front, but people keep getting angry at me. I seem to always be coming from the wrong direction.

No, you can go first, I say to them trying to avoid confrontation with the irate customers, angry because I don’t understand the menu. I don’t have command of my emperors.

Regardless, I can’t read the menu anyway, because it’s bright and high and full of glare and it just doesn’t make sense. It might as well be written in Latin,

I head to the back of the line to start over and once I’m close to the front again, they continue yell at me.

Get back on line, they say.

I’ve been on line twice already, I say.

Somehow, I find it’s easier to just get in the car and head to another restaurant, kind of a sister satellite of this one, for the more feeble minded individuals–the kind of lower tech version on the other side of town. I hope my son will wait. I rationalize he’s busy doing his work and by the time I get there hopefully he hasn’t eaten.

But soon I’ve lost all track of time.

That’s another one of those things that goes—the part of your brain necessary to keep aware of what amount of time is sensible. Perhaps this explains why we stop wearing watches or no longer look at the clocks on our phones.

I’m not sure if others do any of this.

Perhaps I’m the only one. 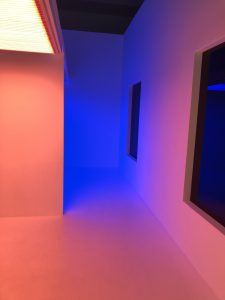 ← Dreams from the Pandemic: A Weird Paralympics Yellow Like a Turmeric Latte →