Dreams from the Pandemic: A Weird Paralympics

It’s one of those Paralympic dormitories where people with all kinds of talents gather to showcase their skills.

We meet at the practice pool in the atrium, myself along with the other middle-aged fans to watch swimming competitors demonstrate the latest synchronized swimming techniques.

The woman next to me is a bit over weight in a one piece bathing suit with a pleated skirt and flowered cap. She has dark bags under her eyes and a scruffy smoker’s voice.

“Well, good for you,” she says, yelling at her sister in the shower. “Only one of us is retired.”

I wonder how a synchronized swimmer plans on competing with a retired sister.

“Mono-Artistic swimming,” she says and her smoker’s breath hits me hard, with its stale, offensive pungency. I’m in the shallow water next to her and don’t want to wait until she contaminates the water with third hand smoke.

But her demonstration is about to begin and I wouldn’t want to leave prematurely so I stick it out as she begins her routine: an Esther Williams inspired back stroke combined with a sort of twenty five yard strut—the kind of walk old people do in a pool and consider exercise.

I lose patience after one lap.

There’s nothing synchronized about it, and by now the water stinks like a dirty vase.

Outside the pool area there are guests who look like insects, all quite qualified for their own special events. I’m particularly impressed by the Paralympic praying mantises–these enormous green bugs that actually mold back and forth from solid plastic states into the green praying mantis forms we’ve always known and loved but were terrified of as children.

One of them takes a liking to me, has me on the arm, or he’s actually on my arm and just kind of hangs there, latched upon my sweater. This elite large green bug crawls up my arm getting closer to my bare neck and eventually I get the creeps and shake him off. He lands on my comforter transforming into a gray block of plastic like the kind of mold that came with my “Strange Change Machine,” a childhood toy that caused severe burns on my arms from heating those things in the “children’s oven,” so I could hatch a small dinosaur. Actually, more of a feeble preemie pterodactyl. Perhaps there’s an event featuring those in these Paralympic games. Parasailing? I wonder.

My wife shows up and it’s amazing she doesn’t freak because she hates any kind of bug, especially a praying mantis–but it must seem a lot less threatening in the form of a plastic rectangular block.

“Just bring the bug outside,” she says. “Make yourself a hero.”

I do this. I take the bug on a piece of newspaper and step outside the pool area to the middle locker room and accidentally drop the paper before I have the chance to give the bug one more chance to wander on my shirt.

It’s the Paralympics. Equal opportunity for praying mantis’ and for people.

Outside is dark because this part of the world—where they have the Paralympics—it’s a different time zone, and therefore involves an abundance of nocturnal animals like raccoons and skunks. They transmit diseases like rabies and they obstruct views–for example the harmonica windows on top of the grandstands because the rodents are small enough to sit inside those spaces and obstruct the view for everyone with their bushy tails. By blocking the light from the harmonica windows the field dims, transforming into a menacing shade of blue.

Some of the skunks leave the harmonica windows and make their way onto the field for the competition. The man next me pets a skunk in passing and I’m really impressed. He pets the skunk as if he was petting a dog and the skunk doesn’t seem to feel threatened.

Now I also want to reach down and run my hand along the skunks white furry stripe, but I’m afraid to do something improper, afraid to offend a skunk and pay the consequences–much more severe than an obese asynchronous swimmer’s breath. 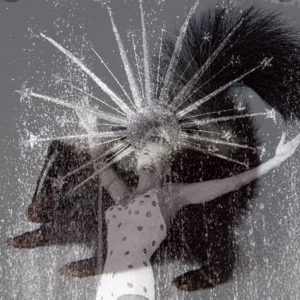 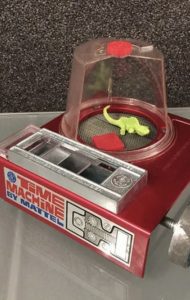 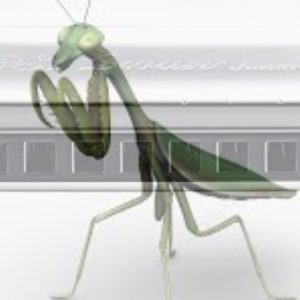 ← ALCAPA diagnosed by an Alpaca I Fail to Bring Back Lunch →